Acclaimed author Phillip Gwynne is returning to Adelaide in May for a one off showing of the award-winning film Australian Rules (which he adapted from his novel, Deadly, Unna?).

As part of the Mercury Cinema’s 2016 ADELAIDE CINÉMATHÈQUE season, Phillip will be introducing the film and doing a Q & A after the showing. 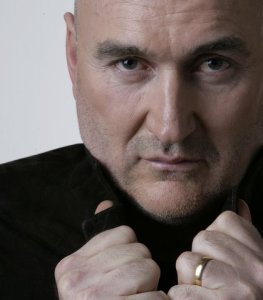 Whilst in South Australia he will be visiting primary and secondary schools.

Phillip is best know for Young Adult novels, first making his mark with the hugely popular and critically acclaimed Deadly Unna in 1998. Since then Phillip’s books have all received both high acclaim and popularity amongst readers, and he has penned works for all ages. He continues to write young adult novels (Swerve being the most recent), and his adult thriller The Build Up led to an epic thriller series for upper primary students: The Debt. Phillip now has a legion of young fans too, with picture books Yobbos Do Yoga, What’s Wrong Wobbegong? and more.

Phillip Gwynne’s first novel Deadly Unna? was the literary hit of 1998 winning Children’s Book of the Year and selling over 200,000 copies. It was made into the feature film Australian Rules for which Phillip’s screenplay won an AFI award in 2002.

Phillip is published by Penguin Books. For a full list his books click here. To read an interview with Phillip from Good Reading Magazine click here.

Today we were fortunate enough to be visited by hilarious children’s author Oliver Phommavanh.

“When I was a kid, I used to be a class clown. I just loved making people laugh. Teachers would tell me that I needed to grow up. But I had a better idea. Why don’t I choose a job where I can act like a kid and make jokes for a living!”

Year 6, 7 and 8 students were treated to an amazing presentation by Oliver.  He had the students in fits of laughter for over an hour relating the story of his family, his schooling and the inspiration for his writing. 8 Gold were lucky enough to spend 2 Blocks with Oliver in his writing workshop.

Oliver is a young Thai-Australian writer for children. He has featured on panels at the Sydney Writers’ Festival among many other appearances at festivals and writing events as well as in blogs. He has worked as a primary school teacher and now spends his time writing and sharing his writing passion with kids and engaging them with humour. He’s also a stand-up comedian and has appeared on national TV and radio as well as a number of well-known comedy venues such as the Comedy Store in Sydney. His first book, Thai-riffic! was published in June 2010 to critical acclaim, followed by Con-nerd in 2011, Punchlines, Thai-no-mite! and Stuff Happens: Ethan. Visit Oliver at his website: http://www.oliverwriter.com

It is always so very special to be able to invite authors to visit Cabra to inspire, entertain and encourage a love of reading and writing in all its forms. Thanks Oliver!

Oliver is published by Penguin Books. To read a Q & A with Oliver click here.

The Brotherhood of St Laurence is working to create a compassionate and just Australia where everyone can take part in the social and economic life of our nation.

We are a prosperous country, but there are far too many pockets of poverty and disadvantage in our cities, suburbs, regions and remote areas.

In establishing The Hope Prize – a new national short story competition  –  we want to encourage Australian writers to tackle a subject that is all too often hidden from public view or reduced to clichés.

The short story entered can be fiction or fact. Whatever the genre, the story submitted must convey the experience of people facing hardship in their lives.

Check out the competition guidelines here. 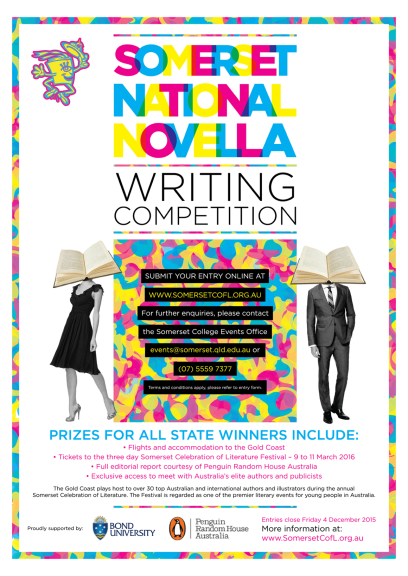 The Somerset National Novella Writing Competition is open to all Australian high school students. It is a wonderful opportunity for serious student writers, encouraging them in their literary growth. And there are also some fantastic prizes on offer!

Here’s what the competition entails:

For more information and details on how to enter, visit our website.

For the poetically inclined the Festival is also running a Poetry Competition, click on the link below for details below:

Win books for you and your school!

To celebrate the release of Fuzzy Mud by the bestselling author of Holes, Louis Sachar, Bloomsbury is giving students the chance to win a $200 book pack for themselves and another one for their school! 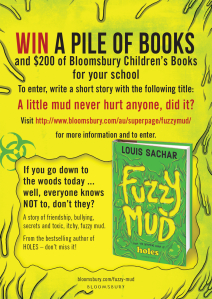 To enter, students must write a short story with the following title: “A little mud never hurt anyone, did it?” Entries must be emailed to au@bloomsbury.com with the student’s name, age, and parent/guardian’s email address. The deadline for entries is 31st October 2015.

There are more than 150 topics in your Australia / New Zealand Points of View Reference Centre subscription, helping you to critically analyse multiple sides of a current / controversial issue, and develop persuasive essay writing skills.

All topics contain four essays written by subject experts from Australia or New Zealand, with a balance of materials from all viewpoints, overviews, arguments, and opposing ideas.

For more info on Points of View go here. For ‘How To’ Tutorials on ‘Points of View’ and other EBSCO Research Databases click here.

You will need a username and password to access the site, please ask your Homeroom Teacher for this or one of the friendly Cabra Library staff.

What a great way to welcome you all back to term 2, with the announcement of the CBCA’s shortlist for 2015 Children’s Books of the Year.

Each year the The Children’s Book Council of Australia (CBCA) hosts a competition to find the best published books for children of all ages. The Winners and Honour Books are announced and posted on the web site at 12 noon EST on the third Friday in August every year.View this year’s shortlist below: 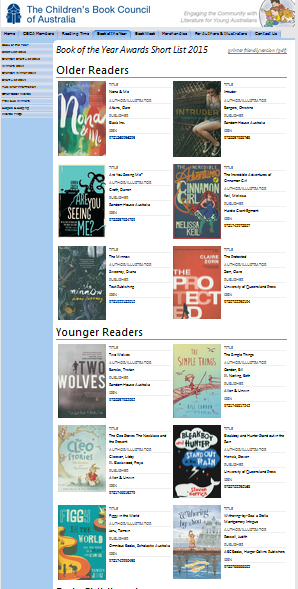 Checking out literary prize shortlists is a great way of introducing yourself to new, quality writing that you may not otherwise hear about. For more fantastic shortlists from worldwide literary prizes, click here 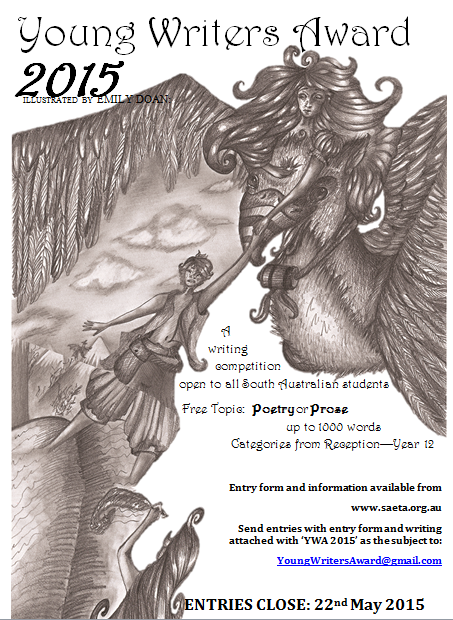 Love writing, like competition? Then why not enter the SA English Teachers Association Young Writers Award? Click on the link below for more details and to download an entry form. Prose or poetry, all SA students from Reception to Year 12. 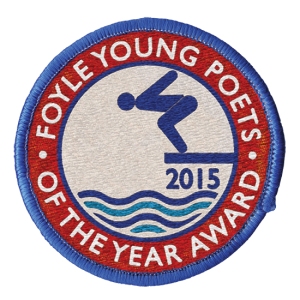 Love writing, like competition? Then why not enter the Poetry Society’s Foyle Young Poets of the Year Award 2015? Click on the link above for more details and to download an entry form or use the Online Entry Form. For a huge list of other writing comps click here.

Following on from the success of our Epic! Poetry Competition, The Footpath Library has launched the Epic! Short Story Competition for primary and secondary school students.

Students are invited to submit a short story under 300 words focusing the theme of “Home is …”.

OPENING & CLOSING DATES
The Competition opens on Day One Term One 2015 and all entries must be submitted by 5pm (AEDST) on Thursday 2 April 2015.  Click here to enter. 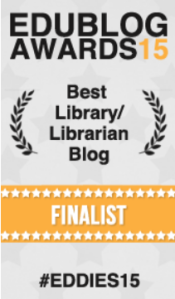 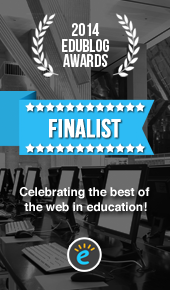 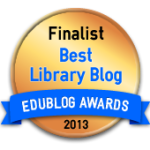